With the growing popularity of Pay-Per-Click (PPC) as the best mechanism for digital marketing, the cost-effective benefits of such are also running high. This is the most convenient way of promoting your product or services online and reaching out a large number of customers. It is also quite effective in targeting different geographical area as well.

Here, the advertiser will have to pay to the publisher on ad click. The audiences who get drawn to the websites through these display ads turn out to be prospects. However, sometimes unreasonable clicks don’t bring the desired outcome, eventually leading to a declining in sales and profits. The harsh part is the advertiser will have to pay to the publisher, it does not matter whether customer shows interest in buying the product or not. What trigger such unnecessary clicks? Here, it is important to test the qualifiers that are being used to avert the irrelevant ad clicks. Now, let’s take a deeper analysis of qualifying the prospects before they click on the ad.

This is the most important aspect of paid search campaigns. Everything centers around the keywords being used on such display advertisements. Sometimes the audiences do outbound searches using numerous words hoping to reach the sought-after result. When this doesn’t work, end up getting irrelevant ad searches. So, it is imperative to add the keywords into your campaign that reflect your what you are offering. Apart from that, you need to test your keywords in separate to know if these keywords are up to the point meeting the need of the clients.

As discussed before, sometimes the advertisements get irrelevant clicks to end up costing the advertiser. This happens due to the inclusion of keywords which are not relevant to the campaign or the services you offer. Hence, you need to purge out those keywords altogether. This process goes back to the initial stage. While running the ad campaign in Google ads, you need to add those keywords which are not related to your niche category. In turn, when the customers would search the irrelevant keywords won’t be redirected to your ad campaign thereby reducing the cost of running the online marketing campaigns.

This is another way of avoiding irrelevant clicks also. Here, you can target a particular location or market. For instance, if you are offering your service in Mexico and Mexico only, you will have the option to make your campaign confined to this region only. People of other regions won’t see the ads.

With this approach, you can get quality prospects as well. It is an effective way to attract a large set of customers and wade away the audiences who stand as becoming the negative prospects.

The timely appearance of your advertising could play a major role in making your marketing campaign successful. This is helpful in negating irrelevant clicks. If the outcome does not appear good, it would substantially impact the cost which would otherwise have gone on click of clients who does not convert.

display advertisement is all about making a good ad copy and display in such a way that can garner a number of prospects. Here, you need to include the ad copy qualifiers, creating impressive content to do the same.

Adding extensions on the ad searches brings something more to your marketing campaign. Thus, the customers would get extra information in the first place and get induced to click on the display ad. Be it the address, or an appropriate link, either way, it goes well to drive the traffic to the website who will eventually convert.

Last but not least, the landing page of the website happens to be the most important factor of all. Starting page content, appealing background, relevant information about the products and others will go together to turn a client into a prospect. If the website misses these, the outcome would be something different.

Thus, the above qualifiers need a thorough overlook while running a display advertisement. With minor customization as per the need of the client, your online marketing would turn out be a major success. 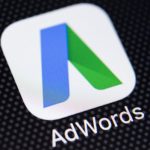 Tuesday, November 5, 2019
Advertising on Google and Its Significance 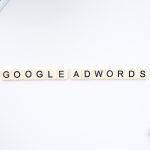 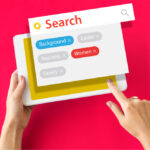 Monday, June 6, 2022
Everything You Need To Know About Keyword Match Types