“From October 14th onwards, the “Accelerated Budget” setting will no longer be available for Shopping campaigns, Search campaigns, or Shared budgets”- Google. The campaigns and budget that are using accelerated delivery option will automatically be switched to standard delivery.

Accelerated budgets are the most sought-after when it comes to managing e-Commerce, particularly Shopping campaigns. It is the most vital element for Ad campaign management. Though its use is limited to Ads, this is the best option for advertisers looking for a top spot at a low budget. Advertisers go for such an option in order to accumulate as many conversions with a target cost per conversion. It makes sense to spend the capital if it pays them with a substantial amount of returns. Irrespective of the changes, the functionalities of accelerated delivery will be intact for Display and Video campaigns in future.

Advertising on Google and its significance is second to none. Making an overview of its process, Google elucidates that your budget expends rapidly in the accelerated delivery system compared to standard delivery. Since it is not the most favorable mode of seeking top rankings, it becomes redundant for most advertisers. Hence, advertisers will always run with the risk of spending the available budget much faster and that becomes irrelevant for the users.
Apart from that, if you have capped budget, your ad delivery might stop well before the day ends. When such account inhibits the ad campaign management, accelerated budget setting results in low Click-through-rate (CTR) and eventually low Return on Investment (ROI). Although your Ads will be displayed at a much faster rate during the early hours of the day, the outcome doesn’t appear satisfactory. Ad management could be distorted. There is a possibility that the Ads would be targeted to the audience in the earlier time zones. For example, If you are targeting the audiences living in the western part of the world, it will more likely to be displayed to the demography of eastern hemisphere due to the time difference.

In the case of Standard Delivery, it distributes the Ads optimally throughout the day without showing any disproportionalities. In turn, it begets higher clicks and brings down the lower CPCs. There are some other options like keyword expansion or increasing bids you may opt as well.

The recent changes proclaimed to be beneficial for advertisers. It also leads us to the newly found arena where Google’s machine learning algorithm makes the campaigns accessible for better performance. 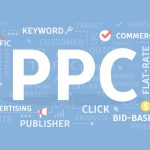 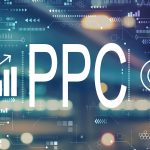 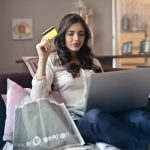 Thursday, September 12, 2019
Factors to Consider Before Outsourcing Your PPC Campaign