While there is no denying in the popularity of Google as one of the most commonly used search engines on the internet, the capability of Bing also cannot be undermined. Yes, it is aggregable to see massive internet users on Google, but it is also true that almost one-third of the global population still uses Bing as their ultimate search engine. Search engines are used to display online Ads by e-commerce or digital companies and to look for services and goods by other internet users. If talking in the context of digital companies which publish advertisement as part of their PPC campaigns, availability of more than one search engine mostly confuses them. In case you are also one of these companies that are looking to expand their digital business by investing their crucial time and money on Bing PPC management, first, you should cognize what Bing has to offer to your PPC marketing strategy and then think of steps to know whether Bing PPC Ads worth your time or not.

What Is Bing Capable Of?

When you think that Google AdWords is enough to reach a massive target audience, you might be wrong with your conventional conception. Actually, despite the common prevalence of Google, millions of people still use Bing for searching for goods and services online. And these millions of people are making up to one-third of the total Internet users in the world. Shocked yet? Yes, indeed, even Google with lion’s share of the internet could not limit the growth of Bing as one competitive search engine in past years. Also, Bing is used by more of the adults who are thirty-four years of age or above. Hence, Bing PPC Ads are capable of giving you access to a great percentage of this share of the population. Now you may know what all you can lose by overlooking Bing as a PPC marketing platform for your business. However, this will need you to determine whether you need to entrust Bing with your time or not.

If even this doesn’t convince you and change your misconception on Bing’s applicability and profitability, read on to know what PPC professionals at the best Bing PPC management company have to tell you.

As per official reports and surveys, it has been found that most PPC Ads publishers earn more than enough revenue by publishing their Ads on Bing. It shows if you keep your PPC advertisement and marketing strategy confined to only Google, you might be missing out on some benefiting finances. The household income of those using Bing along with Google has seen a significant rise in recent years because of the mass reach that no single search engine platform could ever offer.

More intriguingly, Bing Ads are also displayed on two other search engines namely Yahoo and AOL. Hence, by advertising your Ads on Bing you will be reaching out to the audience on a total of three search engines that collectively makes Bing the second-best search engine of all time. Bing receives billions of searches every year mostly because the Ads appear and operate on this platform are perceived similar to those published on Google. This makes it easy for those businesses that are looking for implementing PPC advertisement to reach a mass audience with a limited budget. Since PPC campaigns on both Google and Bing deem almost similar, there is no need to reinvent the wheel on Bing when you have an existing strategy on Google, which makes advertising on Bing less than half your budget.

With whatever mentioned above, you might have been convinced of the benefiting factors of Bing PPC advertising by now. If not, then know that many advertisers have also encountered plunging cost-per-click on their advertisement on Bing. It is also found that the gap between the cost-per-click on Bing and what it is on AdWords is way more than what you may imagine. Thus, if you are stuck with high cost-per-click keywords on Google, Bing is here for your rescue and for doubling your overall PPC Ads budget. 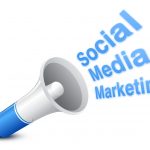 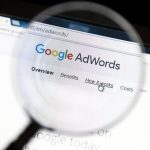 Thursday, December 12, 2019
An Insight on How Much to Spend on Google Adwords 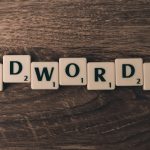 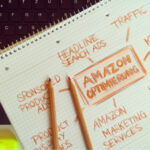 Monday, August 1, 2022
What are Amazon Ads, and Types of Amazon Ads Available?