With so many active social media users, the number of businesses has also skyrocketed on platforms like Facebook and Instagram in the last few years. So, what brought them here? It’s the marketing strategy that includes social media Pay-Per-Click as a major source of Ad engagement and lead generation. While many would criticize its efficacy in lead generation and conversion, its reliability and importance can’t be undermined in terms of brand building and sustainability. If speaking technically, it’s a process of placing advertisements on Cost-Per-Click basis on different online platforms that people use to communicate and use click-through rates, conversion rates, and impression counts as metrics for visibility and engagement. Despite being a powerful digital marketing tactic, its newness has given birth to tons of myths and misconceptions surrounding the practice. So, here’s a brief list of these common misconceptions that have continued to fool digital marketers for so long that now is the time to separate the facts from fiction.

According to the sales funnel, social media tops the place where it is used to spread brand awareness. Whilst it is considered the sole purpose, many clients as well as leading marketers, doubt its brilliance in getting direct responses. However, several businesses believe to have earned a significant amount of direct responses on these platforms in the forms of product sales, driving signups, and offering legal advice, so it can work for all.

While many believe in this fiction since it is how PPC works, the truth is twitter Ads are a Pay-Per-Engagement platform. Businesses use this platform to broaden the reach of their account or a certain tweet and pay for each engagement with the Ad instead of paying for each click. Ways in which users engage on Twitter include clicking on the link in the Ad, clicking on the hashtags, favorite the Ad, retweeting the Ad, and more. While only a few of these ways may directly relate to the marketing goal, the platform charges for each of them. Hence, regardless of being a powerful tactic, it’s one that incurs a huge dime.

Now, this might not seem relevant to social media PPC but plays a huge role in digital marketing. As people move from one platform to another or one App to another, the marketer gets an opportunity to target them wherever they go. It gives rise to a common concern that bombarding users with your Ads throughout different sites will cause fatigue and resentment towards your brand. Although the fact opposes the fiction. The marketers have control over when, where, and how often the Ad should be displayed, which matter the most.

#Snapchat Is For Young People

The core user base of Snapchat indeed includes teens and young adults, so was the case with Facebook in the beginning, now see where it has come to. Surprisingly, although in minority, a great shift has been seen in the age group of users, especially those 45 and older in the last two-three years. While it was only a tiny jump, the subsequent projections proved the myth wrong and paved a path for tactical advertising on this platform.

When talking about new avenues of traffic, Pinterest doesn’t make many waves and is often disregarded as an inadequate advertisement platform. But rivetingly, this image-laden network still has its uses. You will be lucky if your target audience is females of age 25 or more as they constitute the user base of Pinterest. Advertising on Pinterest also shows excellent click, impression, and engagement metrics from a new source.

Facebook, Instagram, Pinterest, or Twitter, such platforms or more play a fantastic role in placing Ads directly in front of the target audience despite all these misconceptions. It helps reach out to the prospects where they spend most of their time. 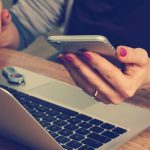 Tuesday, July 7, 2020
Is Advertising during Coronavirus Worth It? 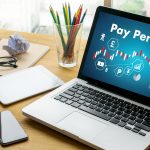 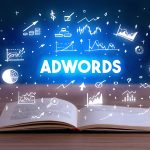